To share your memory on the wall of Bill Books, sign in using one of the following options:

The family is saddened to report that Bill passed away unexpectedly in the early morning hours of Monday, August 31st at the North Island Hospital, Comox Valley in Courtenay, British Columbia, following a fall that left him with a fractured hip.

He is also survived by many nieces and nephews, and by his delightful furry bundle, Missy, who was his constant companion in retirement in Qualicum Beach. Bill lived a quiet life and will be fondly remembered by his family and by his many wonderful friends and neighbours.

Bill served in the Royal Canadian Air Force as a Pilot Navigator for 25 years, achieving the rank of Captain. He was presented with his wings on June 17, 1960 at RCAF Station Winnipeg and retired in 1985. Bill flew interceptors in Europe at the height of the cold war in the 1960s and ultimately in the 1980s he was flying out of RCAF Comox, British Columbia, with the 409 Nighthawk Squadron which defended the North Pacific approach to North America. He was always the life of the party and a natural leader; you could see in the eyes of his fellow officers that he was the one they would follow.

Bill fell in love with British Columbia and made it his permanent home after retirement. West of the Rockies was his paradise. He loved to fly and continued to do so until the age of 70. While posted with a maintenance squadron in the 1970s, again in Winnipeg, he studied at the University of Manitoba and received his Bachelor of Arts in Geography in 1979.

His residence for the last fifteen years was in Qualicum Beach where he enjoyed the friendship of many caring neighbours. These past months he could not have survived without them.

The family would like to thank those at the North Island Hospitals, of Comox Valley and Campbell River, the doctors, especially Dr. Mateus, and all of the many nurses and care givers for the kindness and compassion they showed to Bill in his final days.

If you wish to make a donation in Bill`s memory, please do so to the local humane society of your choice. Bill was always fond of his four-legged friends and was devoted to caring for them. His love was many times repaid.

Bill wished to be cremated, and that there be no service.

Bill, you are much loved and have left us with many fond memories.
Read Less

To plant a memorial tree in honor of Bill Books, please visit our Heartfelt Sympathies Store.

Receive notifications about information and event scheduling for Bill Books

There are no events scheduled. You can still show your support by sending flowers directly to the family, or planting a memorial tree in memory of Bill Books.
Plant a Tree

We encourage you to share your most beloved memories of Bill Books here, so that the family and other loved ones can always see it. You can upload cherished photographs, or share your favorite stories, and can even comment on those shared by others.

Plant a Tree in Memory of Bill Books
Plant a tree 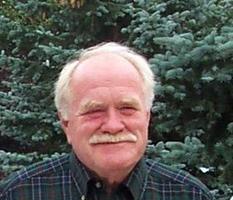