To share your memory on the wall of Randy Lanaway, sign in using one of the following options:

After a courageous battle, it is with broken hearts that we announce the passing of Randy Lanaway on Tuesday March 3, 2020, peacefully at ARCH, surrounded by his loving family. Loving husband of 38 years to Liz (Nee Lamoth... Read More
LANAWAY, Randy

After a courageous battle, it is with broken hearts that we announce the passing of Randy Lanaway on Tuesday March 3, 2020, peacefully at ARCH, surrounded by his loving family. Loving husband of 38 years to Liz (Nee Lamothe). Proud father of the late Jeffrey and Brittany (Brandon). Son of Mary (late Bill). Brother of Brent (Carol), Pam (Darrel), late Mike, Sandy (Jeff). Son in Law of Sadie (late Edmond). Brother in law of Caroleen (Randy), Ron (late Diane), Jacki and Patsy. Uncle and cousin to many. He will be sadly missed by his furbaby Porkchop. Randy was a loving husband, proud and caring father and had an intense love for his family, camp friends and riding brothers. He was a dedicated Iron Worker, alongside his brothers as a member of Iron Workers Union Local 786. He was known for his passion of motorcycles and never found any trouble finding an excuse to go riding. He was known for his quick wit, his infectious laugh, kind spirit and his ability to tell a story that would keep you interested for hours. The family would like to give special thanks to the nurses in the cancer clinic, especially Lawson, Dr Rassouli and nurse Paula, Dr Wilson and Dr Booth for their dedication. His nurses from Bayshore, Amy and Jessica. The nurses at SAH on 3B and the angels at ARCH for their compassionate care and support. A celebration of life will be announced at a later date. Memorial donations in Randy’s name to ARCH would be appreciated.

“This isn’t goodbye, only see you later”
Read Less

To plant a memorial tree in honor of Randy Lanaway, please visit our Heartfelt Sympathies Store.

There are no events scheduled. You can still show your support by sending flowers directly to the family, or planting a memorial tree in memory of Randy Lanaway.
Plant a Tree

We encourage you to share your most beloved memories of Randy Lanaway here, so that the family and other loved ones can always see it. You can upload cherished photographs, or share your favorite stories, and can even comment on those shared by others.

Posted Mar 07, 2020 at 06:04pm
Brent to you and the entire family our sincere condolences on the loss of your brother!

Posted Mar 04, 2020 at 07:59pm
So sorry to hear of the passing of your brother Randy. Our thoughts and prayers are with you and your family through this most difficult time. 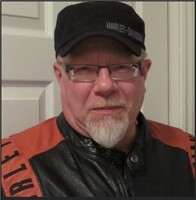