To share your memory on the wall of Paul Celetti, sign in using one of the following options:

Print
Celetti, Paul Joseph
Peacefully passed away at F. J. Davey Home on Monday, February 10, 2020 at the age of 94. Beloved husband of the late Rosina (Minnetti) of 63 years.

A lifelong resident of Beverley Street. He worked at Algoma S... Read More
Celetti, Paul Joseph
Peacefully passed away at F. J. Davey Home on Monday, February 10, 2020 at the age of 94. Beloved husband of the late Rosina (Minnetti) of 63 years.

A lifelong resident of Beverley Street. He worked at Algoma Steel and enjoyed 35 years of retirement. He was a master griller on his charcoal barbeque. Paul was a joker, always kidding around or telling a story. He was happiest when talking about or going to the casino.

Paul was a loving husband, father and “Nonno”. He had an endless supply of chocolates for the grandchildren and great-grandchildren. He was truly a kid at heart.

A celebration of Paul’s life will be announced at a later date. The family would like to thank Sandra, Lisa, Lucy, and Dorette who made sure he was well fed each and every day in his home. Also special thanks to Diane and Sophia who cared for him, as well, and shared in his many funny conversations. The family would like to express their gratitude to the staff on Birch Lane (second floor) Davey Home for their excellent care and compassion.
Arrangements entrusted to O’Sullivan Funeral Home and Cremation Centre, 215 St. James St, 705-759-8456. Expressions of sympathy and condolences available on-line at www.osullivanfuneralhome.com.
Read Less

There are no events scheduled. You can still show your support by sending flowers directly to the family, or planting a memorial tree in memory of Paul Joseph Celetti.
Plant a Tree

We encourage you to share your most beloved memories of Paul here, so that the family and other loved ones can always see it. You can upload cherished photographs, or share your favorite stories, and can even comment on those shared by others.

Posted Feb 14, 2020 at 07:09pm
When I think of Uncle Paul, I remember his ready smile as well as the mischief in his eyes when he spoke. He was always a cheerful presence at any family gathering when we were young. My condolences to Anna, Paula and families. You are in my thought and prayers.

Posted Feb 13, 2020 at 03:35pm
I have very fond memories of Uncle Pauli as well as Auntie Rosina. Uncle Pauli was the life of the party of all the family gatherings. He will always remain forever in my thoughts and memories. 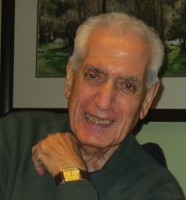