To share your memory on the wall of David Harvey, sign in using one of the following options:

In the early hours of March 19, 2020 at the age of 68, Dave passed away with his niece Jody and nephew Jason beside him, holding his hands. He was born on February 22, 1952 to William and Theresa Harvey (nee Walsh... Read More
HARVEY, David Glenville

In the early hours of March 19, 2020 at the age of 68, Dave passed away with his niece Jody and nephew Jason beside him, holding his hands. He was born on February 22, 1952 to William and Theresa Harvey (nee Walsh). He was predeceased by his parents, his brothers Jim Harvey, Brian Harvey and niece Julie Chouinard. Dave is survived by his brothers and sisters Bill Harvey (Cheryl), Marion Hackney (Ray), Gary Harvey, Evelyn Chouinard (Dave), Donna Harvey, Jackie Socchia (Steve), Russel Harvey and Patty McKay (Larry). Dave was loved by his many nieces, nephews, great-nieces and great nephews and very large extended family. Even though Dave had a very large family he never ceased to make anybody feel special, tell them a joke or about the people he met throughout his life or how beautiful Lake Louise, AB was. His humour and determination got him through 35 years of disability from a workplace accident. When Dave was 33 years old, he was fulfilling his passion of logging. He cut for many years and produced an extraordinary amount of timber for the time and the equipment available. This goes to show his work ethic and drive for life. Unfortunately, the thing that Dave love the most was the thing that was almost fatal. Although most people would not have survived this logging accident, Dave with is bother Gary showed the world what determination looks like. Dave went from being in a coma for 6 months to in hospital rehab for another 6 months, to going home with Gary and learning to walk, talk and do his daily living activities independently even though he never regained his sight. Dave showed the world just how big a short statured man could be. His kindness and love were felt by all those who met him. Dave told jokes and laughed until his last day on this earth. Neither his humour nor determination never left him. He fought and showed everyone just how strong he was. He will lovingly be remembered by all the lives he has touched. Thank you to the caring staff of Maple View who made Dave's last year the best it could be. As per David's wishes he will be cremated. There will be a celebration of life at a later announced date. In lieu of flowers please donate to the Ontario Brain Injury Association (www.obia.ca)

There are no events scheduled. You can still show your support by sending flowers directly to the family, or planting a memorial tree in memory of David Glenville Harvey.
Plant a Tree

We encourage you to share your most beloved memories of David here, so that the family and other loved ones can always see it. You can upload cherished photographs, or share your favorite stories, and can even comment on those shared by others.

Plant a Tree in Memory of David
Plant a tree 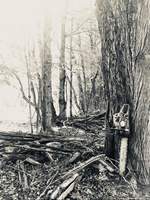