To share your memory on the wall of Richard Lake, sign in using one of the following options:

Receive notifications about information and event scheduling for Richard

There are no events scheduled. You can still show your support by sending flowers directly to the family, or planting a memorial tree in memory of Richard Edwin Lake.
Plant a Tree

We encourage you to share your most beloved memories of Richard here, so that the family and other loved ones can always see it. You can upload cherished photographs, or share your favorite stories, and can even comment on those shared by others.

Posted Jul 09, 2020 at 10:23pm
Rest In Peace uncle Richard. Thanks for all the fun times at camp, on family vacations and for letting me help you with feeding the dogs after Sunday suppers. You were your own man and made the best pies.
Comment Share
Share via:
AM

Posted Jul 06, 2020 at 05:54pm
Sending love to Lisa and Kathy and their families. We have such fond memories of Richard, too many to chose just one. He had a heart of gold and will be missed so much. Rest In Peace dear friend.

Posted Jul 03, 2020 at 04:18pm
So sorry to hear of Richard's passing. Sylvia and I were wondering how he was doing when we saw that Hank had died too. I haven't talked to Richard in quite a while since I stopped showing dogs but I always enjoyed our talk. We had this private joke about giving each other "raspberries" which made him laugh. I just gave ARCH a substantial donation yesterday because I know they are really hurting or I would have given one in his name.
Comment Share
Share via: 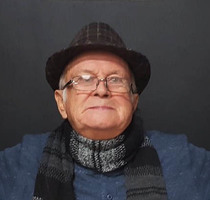