To share your memory on the wall of Karolina Grec, sign in using one of the following options:

With sadness, but with enriched lives, the family of Karolina (Krystyna, Christina) Grec announce her passing on Monday, October 19th, 2020 in her 101st year. Krystyna (nee Pekala) was born in Glowaczowa, Poland and raised in modest conditions during very difficult times. Krystyna was an independent soul who quickly became an au pair and fashioned intense support for her family. One of nine children she was virtually a caregiver as both her parents died by the time she was 9. During the 2nd World War, she resiliently survived years of forced work in Germany where she stoically maintained her strength to return to Poland and rebuild her life. She met and married and eventually emigrated, with her husband Jan, to Canada in October 1958 to join her sister, Helen, and her family in Sault Ste. Marie.

“Cioc” as she was fondly remembered became a second mother to Helen’s boys and established a lifetime of memories. A keen cook and passionate reader she invested much into her extended family and her new life. Forever her mushroom soup, perogies, and baking will be a consummate reminder of her passion and giving. She is predeceased by her husband, and survived by her sister Helen Kamzol of Sault Ste. Marie, her loving nephews Anthony (Janice), Stan (Pat) and Mark Kamzol and great nephews Andrew of Mississauga, Chris of Cambridge, and Jamie and Tyler of Sault Ste. Marie. Grec and Pekala families, scattered around the world, will also fondly remember this special lady.

The family wish to thank the staff at both the Cedarwood and F.J. Davey Long Term Care Homes for having provided Krystyna with the care, support and comfort that she received in her final years. Your attention and compassion will never be forgotten.

A private service and interment in Holy Sepulchre Cemetery will be held. In lieu of flowers please donate to the charity of your choice. Giving forward was “Cioc’s” legacy.
Read Less

Receive notifications about information and event scheduling for Karolina

There are no events scheduled. You can still show your support by sending flowers directly to the family, or planting a memorial tree in memory of Karolina Krystyna Grec (Pekala).
Plant a Tree

We encourage you to share your most beloved memories of Karolina here, so that the family and other loved ones can always see it. You can upload cherished photographs, or share your favorite stories, and can even comment on those shared by others.

Posted Oct 20, 2020 at 04:38pm
Mark and Family,
Sorry to hear about your aunt...I remember when she first moved into the building on Bay Street...she spoke highly of you and the boys. Thoughts and condolences to you and your family.
Gerry Grandinetti
Comment Share
Share via: 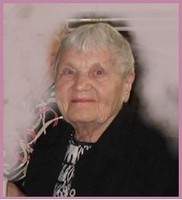