To share your memory on the wall of Giuseppe Marandola, sign in using one of the following options:

It is with great sadness that we announce the passing of Giuseppe Marandola at the Sault Area Hospital. Giuseppe passed away peacefully surrounded by his loved ones on Sunday, March 15th, 2020 at the age of 87. Read More
MARANDOLA, Giuseppe

It is with great sadness that we announce the passing of Giuseppe Marandola at the Sault Area Hospital. Giuseppe passed away peacefully surrounded by his loved ones on Sunday, March 15th, 2020 at the age of 87.
Beloved husband and soulmate of the late Carmelina Marandola (nee Diodati). Son of the late Vincenzo and Arcangela Marandola and son-in-law of the late Lorenzo and Clorinda Diodati.
Cherished brother of the late Luigi Marandola (late Dolorinda), late Dominic Marandola (late Mafalda), late Giovanni Marandola (late Lenuccia), late Alberto Marandola (Maria Carmine), late Eugenio Marandola (late Concetta), Anna Dell’esandro (late Emilio) of Italy, Maria Depetrillo (Angelo), and Antonio Marandola (Maria) of Sault Ste. Marie.
Special brother-in-law of Lina Pucci (late Costantino), and Giovanni Diodati (Giulia) of Sault Ste. Marie. Also, brother-in-law of the late Maria Diodati (late Pasquale), late Giuseppe Diodati (late Lea), Antonio Diodati (Ornella), and Elio Diodati (Marisa) of Italy. Giuseppe will be fondly remembered by his many nieces and nephews. He will be missed dearly.
The family will be having a private funeral service at O’Sullivan Funeral Home and Cremation Centre.
Donations to the Sault Area Hospital would be appreciated and may be mailed in or completed online at www.sahfoundation.com
Read Less

To send flowers to the family or plant a tree in memory of Giuseppe Marandola, please visit our Heartfelt Sympathies Store.

Receive notifications about information and event scheduling for Giuseppe

You will receive any future notification messages.
Print

We encourage you to share your most beloved memories of Giuseppe here, so that the family and other loved ones can always see it. You can upload cherished photographs, or share your favorite stories, and can even comment on those shared by others.

We are saddened to hear of the loss of Giuseppe and send our sincere sympathies to your family. May the memories you shared offer comfort in the days ahead.

Thank you for choosing to honour Giuseppe’s memory by asking friends and family to make gifts to Sault Area Hospital Foundation.

With our deepest condolences, 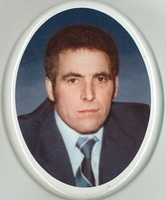