To share your memory on the wall of Fernand Bellefeuille, sign in using one of the following options:

It is with great sorrow and heavy hearts that we announce the sudden passing of Fern at the Sault Area Hospital on April 21, 2020 at the age of 82. He was the much-loved husband of Veronica (Vicky) for 61 years. Loving... Read More
BELLEFEUILLE, Fern

It is with great sorrow and heavy hearts that we announce the sudden passing of Fern at the Sault Area Hospital on April 21, 2020 at the age of 82. He was the much-loved husband of Veronica (Vicky) for 61 years. Loving and proud father of Vicky-Lynne (Randy Roy), Michelle (Brian Moreau) and Lorie (Joe Bezzina). He will be sadly missed by his grandchildren Brandy, Ashley, Randy Jr. and Alex. Great Grandfather of Emma, Olivia, Quinton, Cohen, Hunter, Nora, Hannah and Noah. Son of the late Emmabelice and Ovila Bellefeuille. Brother of the late Georgette Paquette, the late Mignonne Faubert and the late John Bellefeuille. Stepbrother of Michael Brazeau. Son in law of the late Nelson and Marie Dupuis. Brother in law of the late Lorraine and Norman Brooks, the late Donald and Marg Dupuis, Raymond and Jeanne Dupuis, the late Eleanor and Art St. Jules, Doreen and the late Aimo Muhonen, Theresa and Marvin Armstrong, and Shirley Dupuis. Uncle to many nieces and nephews. Cremation has taken place and a celebration of life will be announced at a later date. Special thanks to Doctor Bakar for his kindness and compassion and thank you to the staff at the Sault Area Hospital. Fern deeply loved his family. He was a kind man, caring for not only for his family but also any strangers that he met along the way. We will always remember him as a proud and very independent man. He was a hard worker all his life and a ‘jack of all trades’. Fern and his wife Vicky spent over 25 years enjoying the Florida sun together in the winter and admiring the sunsets from their home by Lake Superior in the summer. In lieu of flowers, donations the charity of your choice would be appreciated.

“The purpose of life is to be useful, to be honourable, to be compassionate, to have it make a difference that you have lived and lived well”. Ralph Waldo Emerson
Read Less

Receive notifications about information and event scheduling for Fernand

There are no events scheduled. You can still show your support by sending flowers directly to the family, or planting a memorial tree in memory of Fernand Ernest Bellefeuille.
Plant a Tree

We encourage you to share your most beloved memories of Fernand here, so that the family and other loved ones can always see it. You can upload cherished photographs, or share your favorite stories, and can even comment on those shared by others.

Posted Apr 26, 2020 at 11:58am
Dear Michelle, Vicky and families thinking of you all at this time and sending our sincere condolences for your loss, please know that you are in our thoughts and prayers.
Comment Share
Share via: 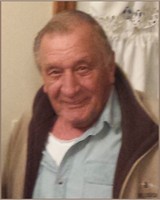